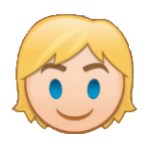 Greetings users, my (user)name is SpaceProtagonist and I just wanted to tell you that I really enjoy working on this wiki and writing about characters in fiction I enjoy. Here on the reception wikis, I'm a very optimistic user and I tend to see certain characters in a different light than most people would. Plus I also work on the Loathsome Characters Wiki, so don't be surprised if you see me editing there.

Here on the reception wikis, I tend to believe in creativity, diversity and opening up to others' opinions. You don't see me posting death threats to other users just because they disagree with me. I also do my best to try overlooking various flaws in certain media. I get that you guys have seen me working on the bad media wikis and pointing out bad qualities on certain works, but I mainly tend to inform others what could be improved on. (And yes, I'm aware that I've used to be an unfair, quick to judge, and tough user to work with, so I don't want to sound hypocritical now.) Also, I tend to think about all the hard work the people behind certain works had to go through. Some works may not turn out the they wanted to, and turn out to be pretty bad. Maybe, because of Executive Meddling, or trying to hard to be modern, or bad acting, or lousy humor, or an unflowing plot, or unfaithfulness to the source material. Whatever the case, I'm almost always able to find something enjoyable from the work. For me to truly hate a certain work, those people would have to seriously mess up on what they're doing. And trust me, it has happened -- but pretty rarely. Those kinds of films will be listed under the "Insult to Cinema" section.

Characters I don't plan to put on this wiki

Retrieved from "https://great-characters.fandom.com/wiki/User:SpaceProtagonist?oldid=13638"
Community content is available under CC-BY-SA unless otherwise noted.