"Magic Mirror on the wall, who is the fairest one of all?" ― The Queen's most famous quote.

The Evil Queen (also known as the Wicked Queen or just the Queen) is the main antagonist of Disney's 1937 film, Snow White and the Seven Dwarfs, and the first Disney animated features canon villain. Determined to remain the fairest one of all, the Queen becomes insanely jealous of Snow White, the only one whose beauty surpasses her own. She eventually uses dark magic in the form of an aging potion to disguise herself into an old woman, in a final attempt to do away with her only, unknowing rival. Depicted in early designs as a fat character, her appearance eventually evolved into a much more sinister, stately beauty. She is generally one of Disney's most iconic and menacing first villains, once being voted the 10th greatest movie villain of all time by the American Film Institute. The Queen was animated by Art Babbitt and the Witch by Norman Ferguson.

The Queen is, along with Maleficent, one of the most prominent of the Disney Villains. 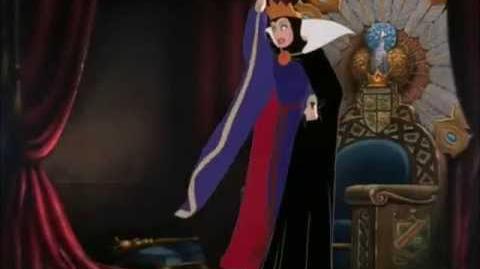 The Evil Queen orders the Huntsman to take Snow White into the woods and kill her!!! 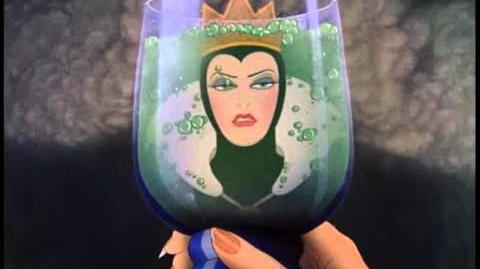 Evil Queen Transformation from Disney's Snow White
Add a photo to this gallery
Retrieved from "https://great-characters.fandom.com/wiki/The_Evil_Queen?oldid=12080"
Community content is available under CC-BY-SA unless otherwise noted.