Stewart Gilligan “Stewie“ Griffin is the youngest child of Peter and Lois Griffin, the younger brother of Meg and Chris Griffin and one of the two tritagonists (alongside Brian Griffin) of the long-running adult TV series, Family Guy. He is voiced by Seth MacFarlane. 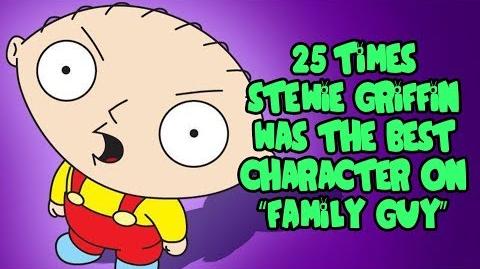 25 Times Stewie Griffin Was The Best Character On "Family Guy"
Add a photo to this gallery
Retrieved from "https://great-characters.fandom.com/wiki/Stewie_Griffin?oldid=14760"
Community content is available under CC-BY-SA unless otherwise noted.