Starlight Glimmer is a major character from the Hasbro series, My Little Pony: Friendship is Magic.

As a filly, after her only best friend Sunburst left for Canterlot once he got his cutie mark, Starlight Glimmer grew a strong vandetta against cutie marks, as well as a fear of abandonment that she never made any new friends because she feared they would leave her as well once they got their cutie marks. Growing up, she gained a strong lust for power due to her vandetta and years of isolation from other ponies, as she took over a village by stripping every pony of their cutie marks to make them no different from each other, aiming to create a utopia where she would rule while still having her own cutie mark watching over the village to create a balance. Her plans were then ruined by Twilight and her friends, and she swears revenge on them before running off.

Wanting to get revenge on Twilight and proving to her how bad cutie marks really are, she goes back in time to stop the Sonic Rainboom that lead the Main 6 to gain their cutie marks, while also believing no harm would be dealt to the present. After Twilight questions her hatred towards cutie marks, Starlight reveals Twilight her past, and then plans to stop Twilight from restoring time by tearing Starswirl's time spell page. Twilight was able to stop her by convincing her to turn over a new leaf. Starlight eventually agrees, as well as face the consequences for her actions. But as no consequences slapped her, Twilight makes Starlight her pupil, and Starlight vows to change herself.

From the beginning of season 6 onward, Starlight has redeemed herself, and has managed to patch things up with Sunburst. As well as gain new friends, including her other best friend, Trixie. 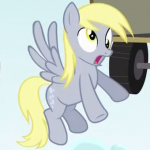