Power, getting what he wants, himself, respect, food, fame, being in charge, being dramatic, his own quality, taunting helpless ones

"Long live the king."
-Scar before letting his own brother fall to his demise

Scar (born Askari or Taka) is the main antagonist of Disney's 32nd animated feature film The Lion King. He's Mufasa's younger brother, and Simba's uncle/rival. Scar's desire to rule Pride Rock drives him to enact a plot to kill both his brother and nephew to leave himself the sole royal in line for the throne as "true" ruler.

He was voiced by Jeremy Irons in the original 1994 film, Jim Cunnings in The Lion King II: Simba's Pride, and David Oyelowo in The Lion Guard.

The Only Bad Qualities 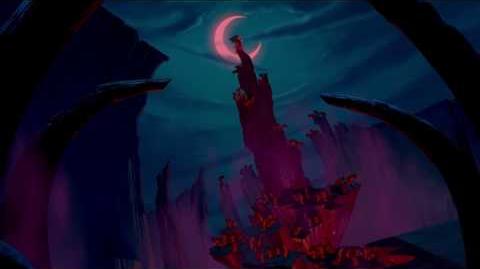