Count Rupert of Hentzau is the main antagonist of the 1894 novel The Prisoner of Zenda and its various film adaptations. He's Duke Michael's closest minion and ally towards helping him drug and hide his half-brother.

In the 1937 film adaptation he's portrayed by Douglas Fairbanks, Jr. 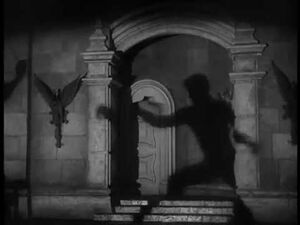 The Prisoner of Zenda(1937) - Rassendyll vs. Rupert of Hentzau

Community content is available under CC-BY-SA unless otherwise noted.
Advertisement