Endangering the innocent, being treated as a monster, lacking control over her powers, enforced isolation, loneliness, conflicting moments with her sister, the idea of Anna marrying a stranger, losing loved ones, imperfection

Prince Hans of the Southern Isles, Duke of Wesleton, Erik, Francis
Queen Elsa of Arendelle (or simply known as Elsa) is the deuteragonist of Disney's 2013 animated feature film, Frozen, the protagonist of the sequel, Frozen II, and the older sister of Princess Anna. She’s voiced by Idina Menzel who also provides her singing voice. 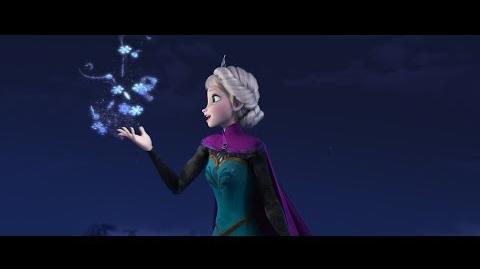 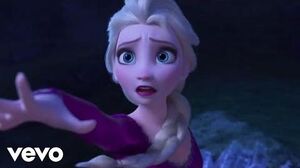 Idina Menzel, AURORA - Into the Unknown (From "Frozen 2")
Add a photo to this gallery
Retrieved from "https://great-characters.fandom.com/wiki/Queen_Elsa_of_Arendelle?oldid=14322"
Community content is available under CC-BY-SA unless otherwise noted.