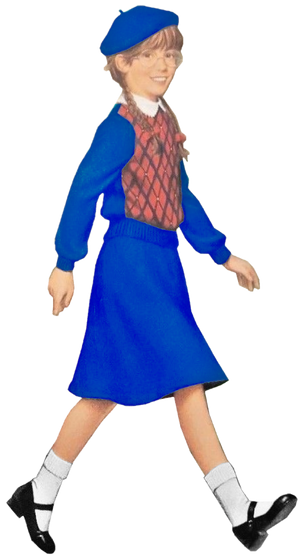 Molly McIntire is one of the first three Historical Characters of the American Girl Dolls, representing the World War II Era. Molly was released in 1986 along with Samantha Parkington and Kirsten Larson.

In June 2013 American Girl announced that they would archive Molly's entire collection; she, Emily Bennett, and their collections were later archived in December 2013. Molly's books and the movie remained available for purchase.

In summer 2017, booksellers released information indicating Molly's books would be re-released as part of the BeForever collection. In November 2017, the official website for American Girl Publishing indicated a new mini doll would be released also. The rereleased books and mini-doll were released February 2018; a preview of the potential BeForever Doll was also released inadvertently on the official site, but soon taken down. The BeForever Doll was confirmed when the doll was released Fall 2018 through Costco distribution.

Community content is available under CC-BY-SA unless otherwise noted.
Advertisement