His origin, abandonment, the loss of his fishhook, Mini Maui's nagging, failure, rejection, Tamatoa, pirates, being told what to do

Te Kā (formerly), Tamatoa, Kakamora
Maui is the deuteragonist of Disney's 2016 animated feature film, Moana. He is a boisterous demigod of South Pacific legend that primarily serves as an audacious hero and a guardian of mankind. He is voiced by Dwayne “The Rock“ Johnson. 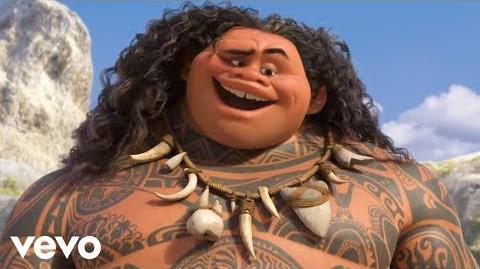 Dwayne Johnson - You're Welcome (From "Moana")
Community content is available under CC-BY-SA unless otherwise noted.
Advertisement