Marty is the best friend of Alex, a close friend of Gloria and Melman and the deuteragonist of the 2005 full-length animated Dreamworks film, Madagascar, and the two sequels that followed it. He is voiced by Chris Rock. 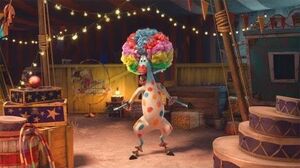