Danger, threats to China, arguing, failing, his soldiers letting him down, losing Mulan, stress, bending rules, disorganization, Chi-Fu, and being ordered by him to execute Mulan

Shan Yu and his Huns, Chi Fu
General Li Shang is a Chinese army captain and the tritagonist of Disney's 1998 animated feature film, Mulan, and the deuteragonist of its sequel. He is voiced by B.D. Wong and Donny Osmond provides his singing voice. He will be potrayed by Yoson An and is renamed Chen Honghui in the live-action 2020 adaptation who will be the rival and later turned love interest of Hua Mulan. 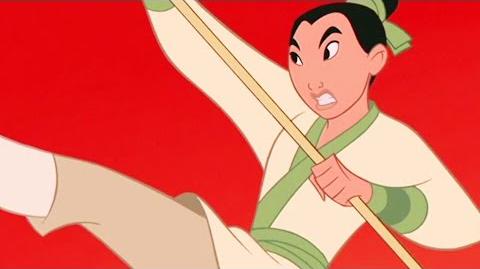 Mulan - I'll Make A Man Out Of You - Disney Sing-Along
Community content is available under CC-BY-SA unless otherwise noted.
Advertisement