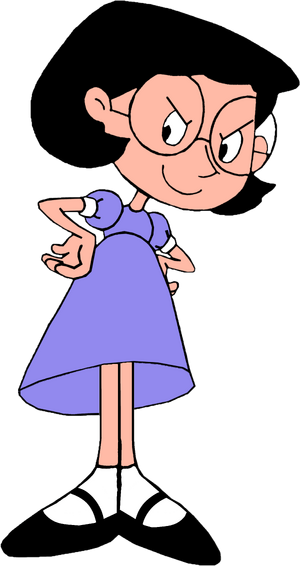 Hi, I'm Leslie McGroarty. I'm the main protagonist in The Itsy Bitsy Spider franchise. I'm a cute and perky young girl who lived in the big city, and I'm full of energy.

. In the second season, her tough and tomboyish personality is getting stronger.

Retrieved from "https://great-characters.fandom.com/wiki/Leslie_McGroarty?oldid=10900"
Community content is available under CC-BY-SA unless otherwise noted.