Unknown, but implied to be a young boy

Sleeping
Fishing
Playing with his friends

Inhaling enemies and copying their abilities

First you draw a circle, then you dot the eyes, you add a great big smile, and Presto, it's Kirby!" -Kirby's Adventure opening

Kirby (カービィ, Kābī in Japan) is the main protagonist and the titular character of his own eponymous video gaming series by Nintendo. He's a small pink creature from Planet Popstar who spends his days eating, taking naps and going on adventures to save Dream Land or even Planet Popstar itself.

Why He's the Star of The Show 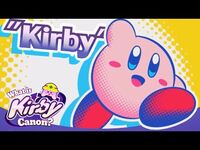 Kirby - What is Kirby Canon? 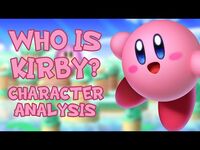 WHO IS KIRBY? A Kirby Series Character Analysis
Community content is available under CC-BY-SA unless otherwise noted.
Advertisement