"Surprised to see me, Crash? Like the fleas in your fur, I keep coming back! THREE YEARS I spent alone in the frozen antarctic wastes... and I missed you! And so I organized a little gathering, like a birthday party except... THE EXACT OPPOSITE. And look, all of your friends are here! You are so very popular.. Let's start handing out the presents."

Dr. Neo Cortex is the main antagonist of the Crash Bandicoot series. He is a mad scientist and terrorist who seeks to achieve world domination as an act of vengeance for the ridicule he has suffered in the past. He is aided by Uka Uka, who gives him advice on how to achieve this goal. Under his guidance, Dr. Cortex mutated the local animals into his soldiers, eventually creating Crash Bandicoot, his nemesis, but soon rejects him as unworthy of being in his army and removes him from his castle. As Cortex's actions endanger the sanctity of the islands the games are set in, Cortex's plans for world domination are often hampered by Crash along with other characters. Crash's constant interference has made eliminating Crash one of Cortex's top priorities along with world domination. Cortex is usually the final boss of the games, with a few exceptions. 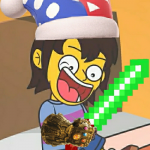 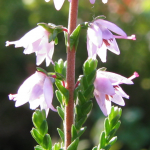